I have now made 3 bumper shuffleboard tables, loosely based on plans I bought from Zieglerworld. All three are in my man cave, because let’s face it, you need at least 3! The first is a 12 ft (playing surface) table and does not have a particular theme. The second (13 ½ ft) tells the story of the 2018 Stanley Cup playoffs, and the third (13 ½ ft) is an Alabama Football themed table. All three are for sale, if anyone is interested, but if not, that’s ok too! The next one will be a 15 footer, with a yet to be determined theme.

I’m retiring at the end of 2018 and hope to build custom shuffleboard tables as a hobby that pays for itself. 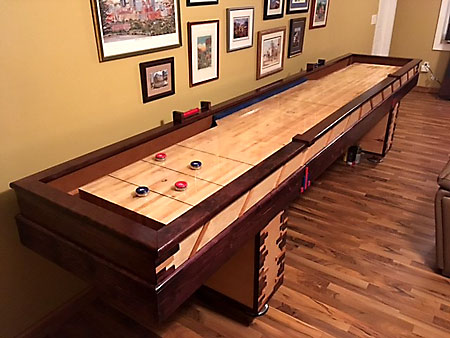 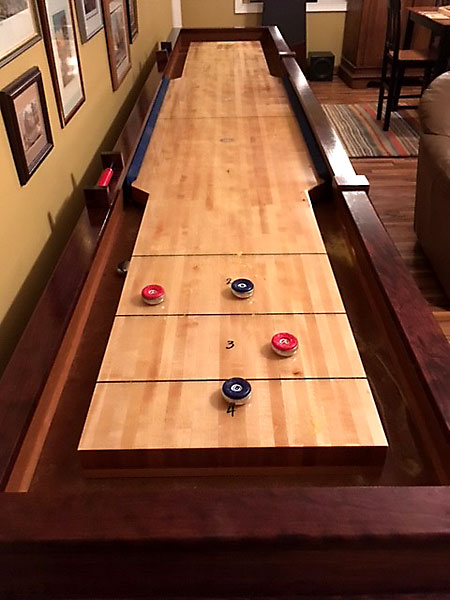 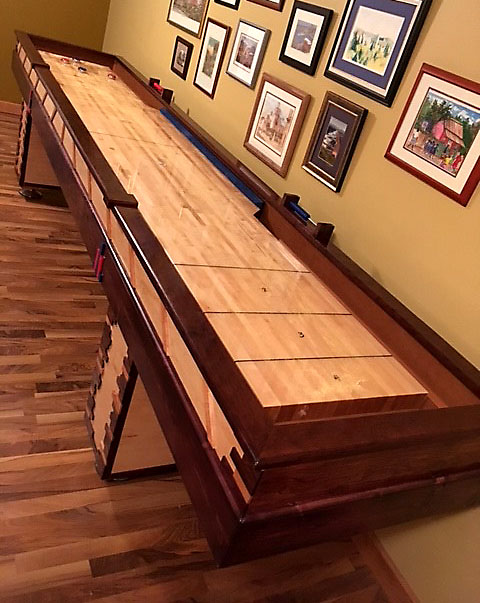 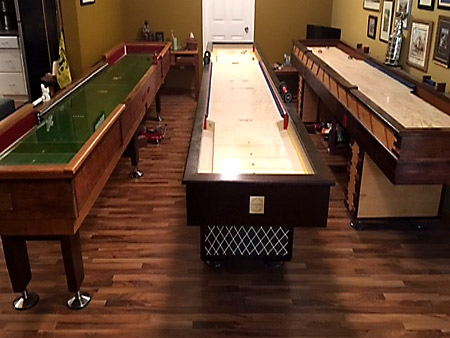 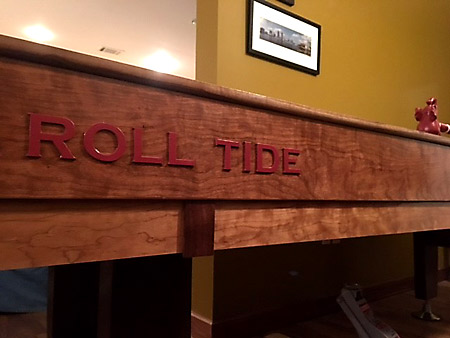 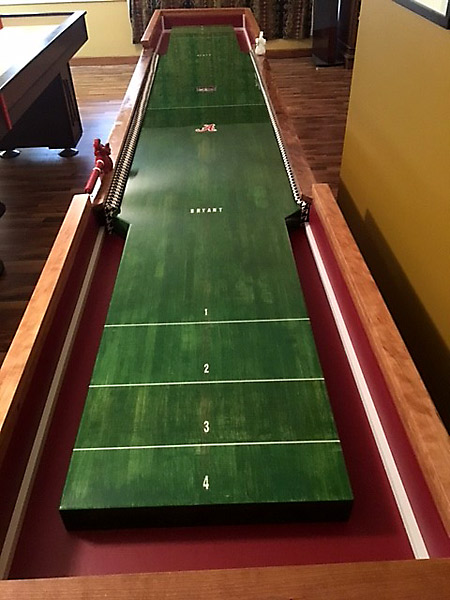 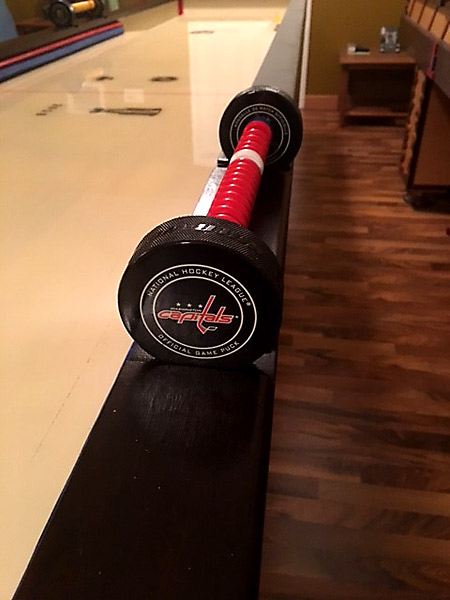 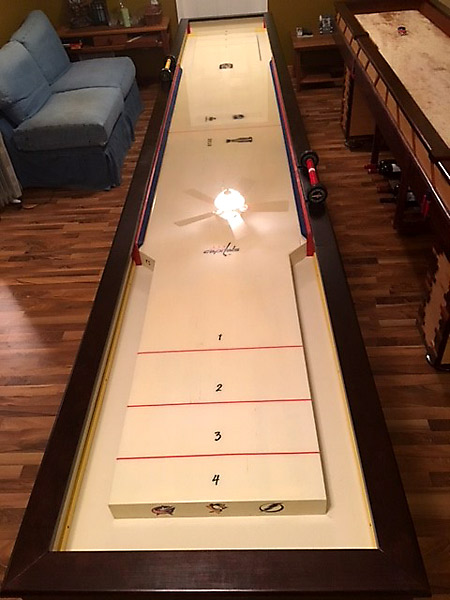