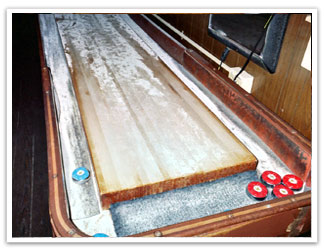 After evaluating the board and deciding that planning was not necessary, all powdered wax was removed from the table. 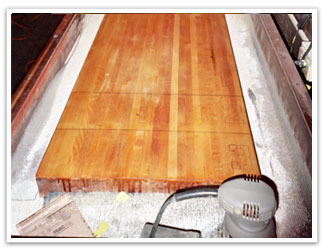 We started with a 60 grit making three passes the length of the board since there was grooves in both scoring areas. We then moved into 100 grit,150 grit, and finally finishing with 220 grit. 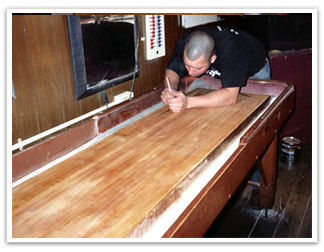 There are some slight grooves left in one scoring area, however,
it still adds character to the table.

We spent just under 4.5 hours total sanding the table alone. 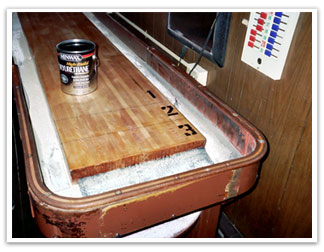 A coat of sanding sealer was applied and then we moved into the Minwax self leveling Polyurethane High Build formula. I would recommend this product to anyone who has a table that is
borderline in need of a planning. 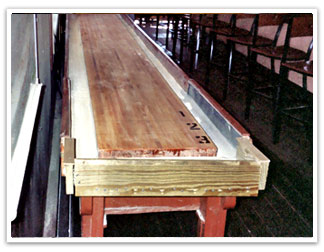 It leveled nicely in some unleveled areas of the board. The table was shut down for week and six coats of urethane were applied. 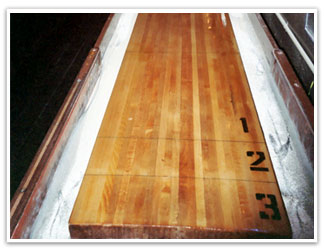 A foam brush was used during each application and 220 grit was used with a six inch orbital sander between coats. I purchased the stencils from the local home depot and darkened them with a carpenters pencil, the scoring lines were done in the same manner. 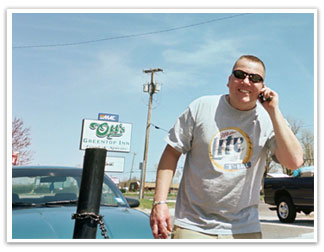 The name of the bar where the table is located is
Ott's Green Top Inn, West Berlin NJ. 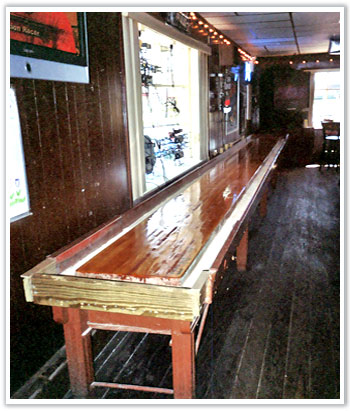 I cannot find a name badge in the table as to who the manufacturer was, or when the table was produced. It may be on the side facing the wall. The playing surface is 27 feet long, you don't see to many tables of this length around much, at least I have not.