I recently built my son a table using plans I purchased from you. I did most of the building with some assembly help from him and a friend. My son did the finish work. It was a fun project that we think turned out pretty awesome! I used the plans pretty exclusively with a few exceptions. All possible joints were dowelled and glued, not glued and screwed or brad nailed. Also the skirts were put on with countersunk screws from the inside to avoid the brad nail holes. The end top rails were made to cover the 45 degree braces. The table is made with Maple and Sapele. The playing surface was poured with Envirotex Lite. 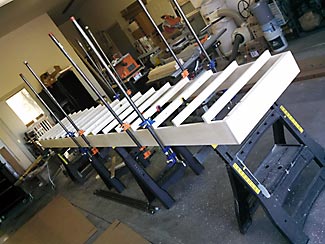 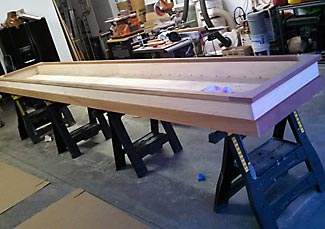 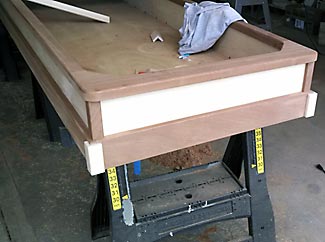 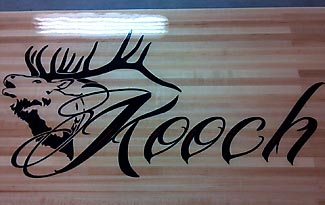 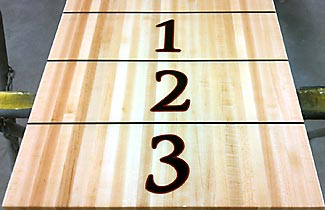 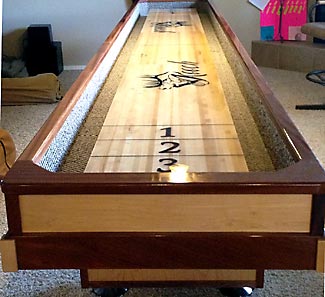 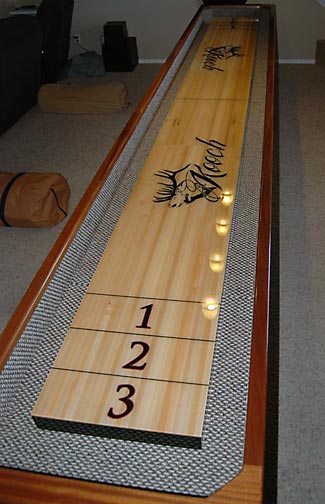